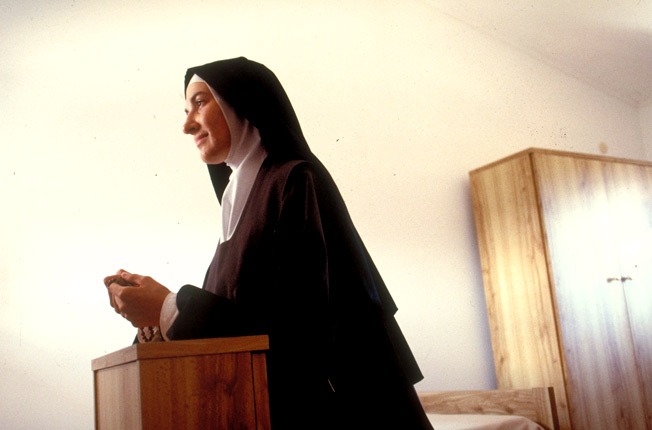 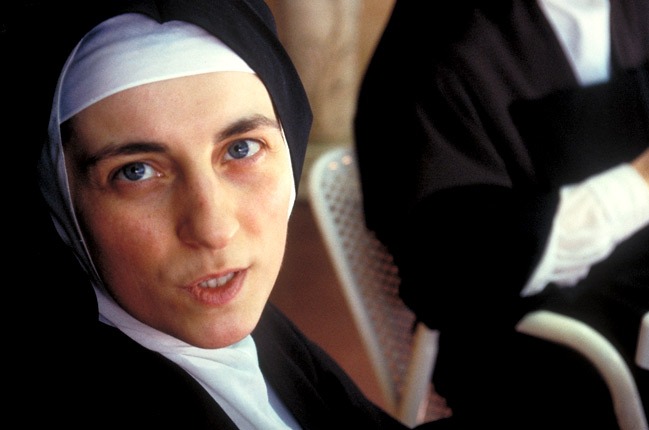 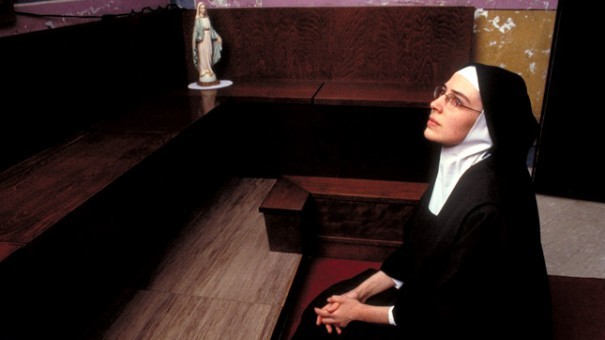 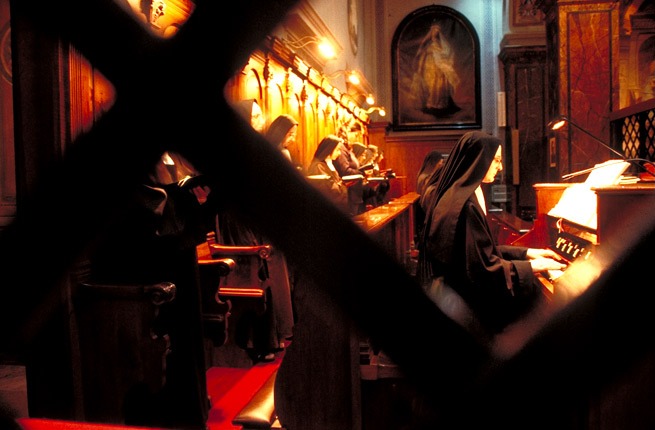 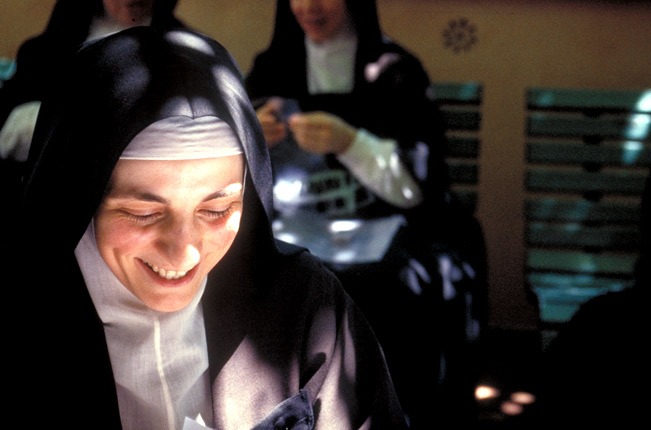 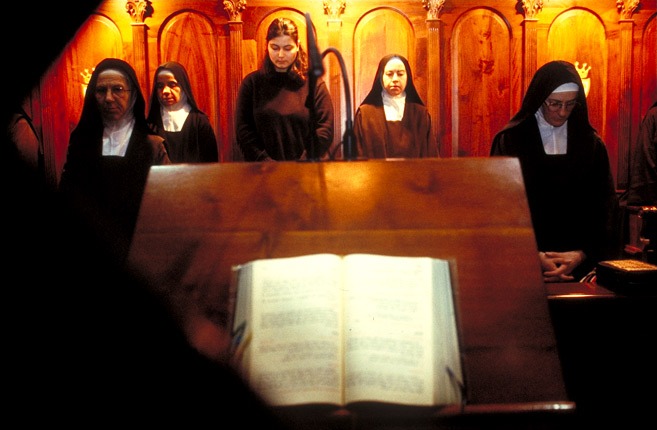 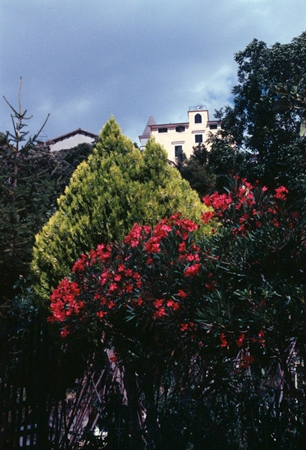 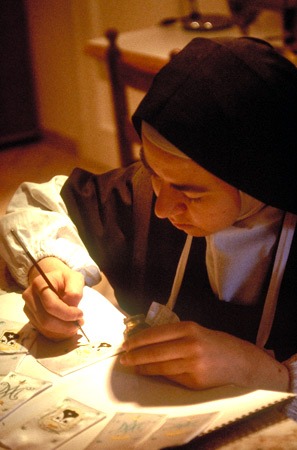 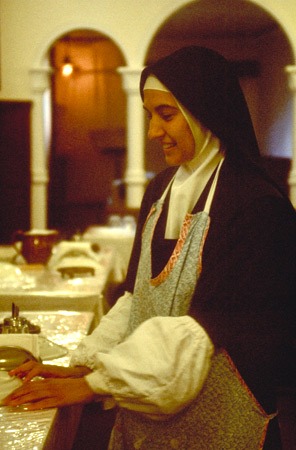 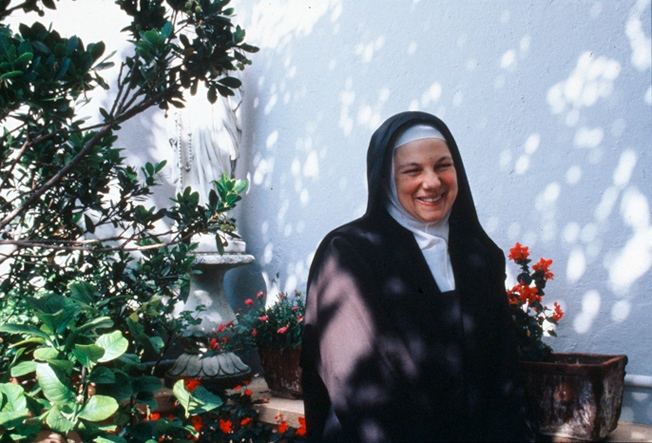 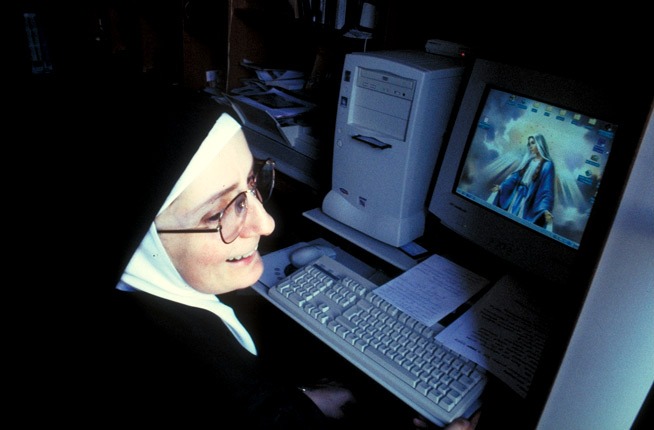 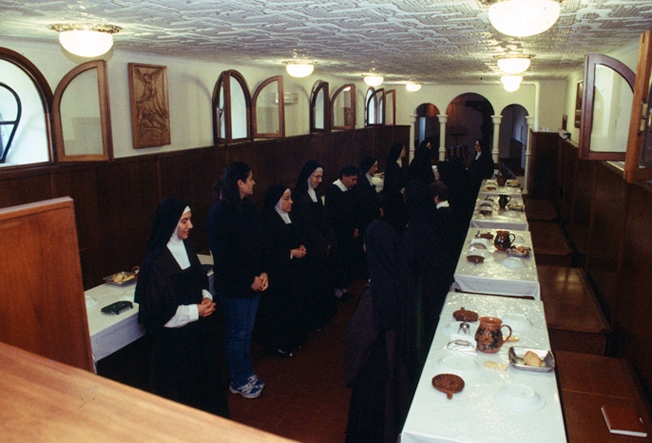 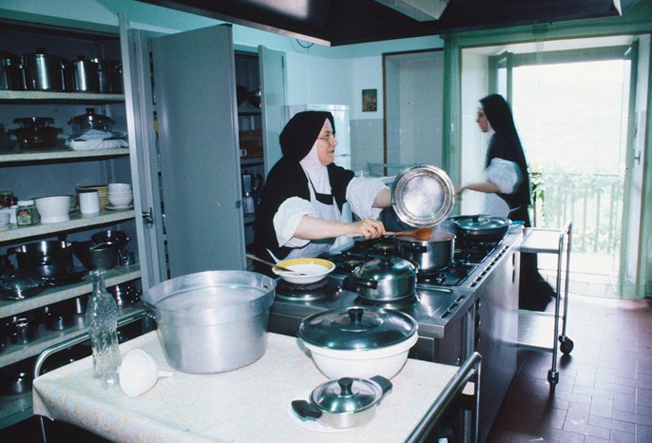 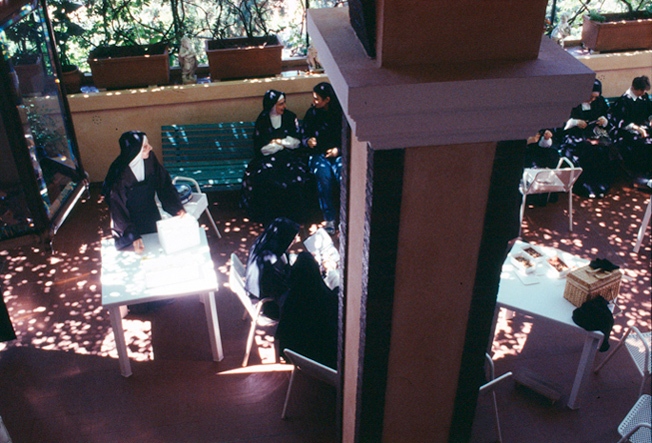 I first visited the Carmelite Convent of Sant’Anna in Carpineto Romano in 1995, motivated by my curiosity to meet the girls capable of taking the huge decision to embrace the life of a cloistered nun. It is a life dedicated to prayer, work and silence. I returned in 2000, on the advice of Franco Lefevre, and the resulting photo report was subsequently published in Il Venerdì, the weekly supplement published by La Repubblica newspaper, accompanied by text written by Brunella Schisa. The work was exhibited at the 2003 edition of FotoGrafia–Rome International Photography Festival, at the Galleria Sala 1 in the collective show curated by Diego Mormorio.