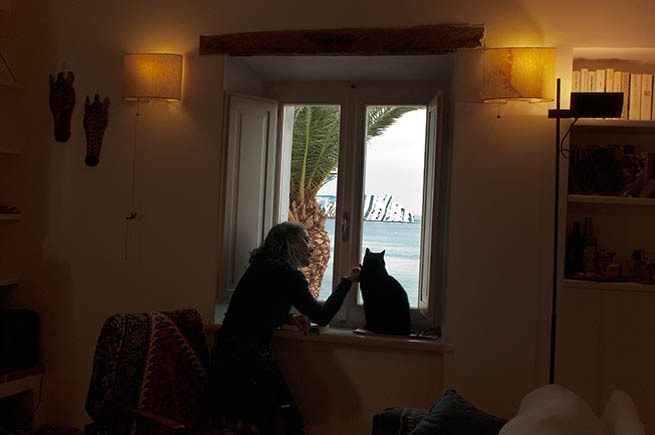 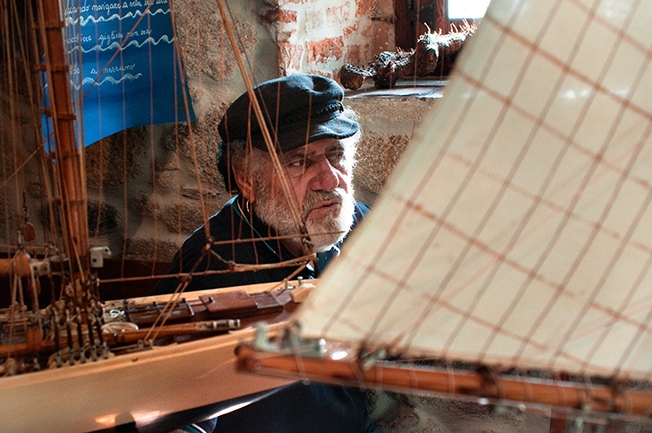 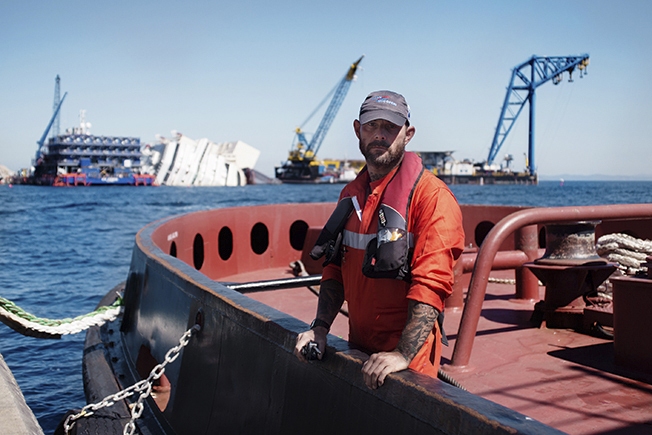 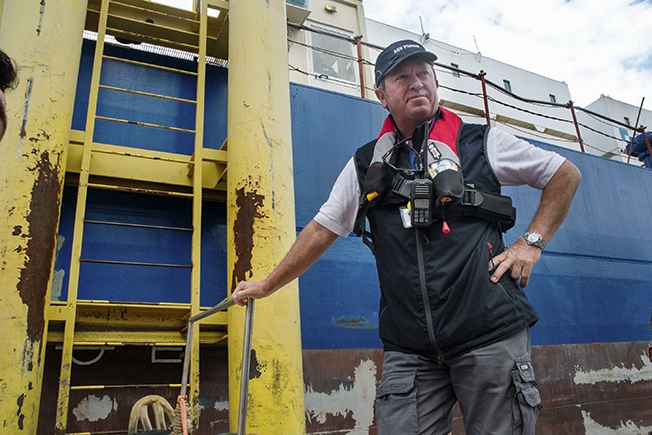 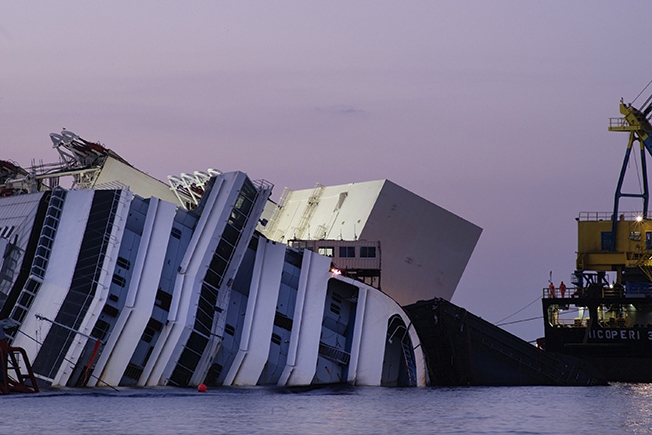 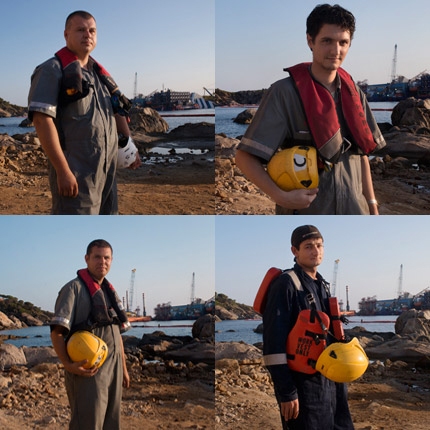 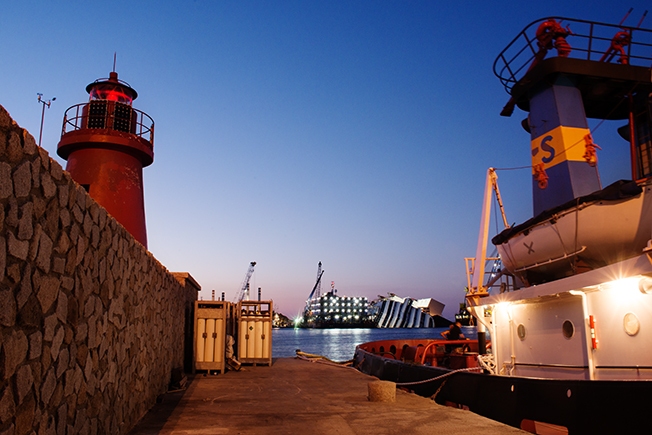 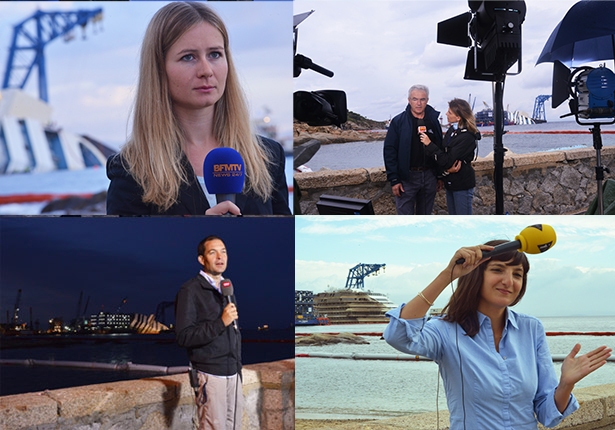 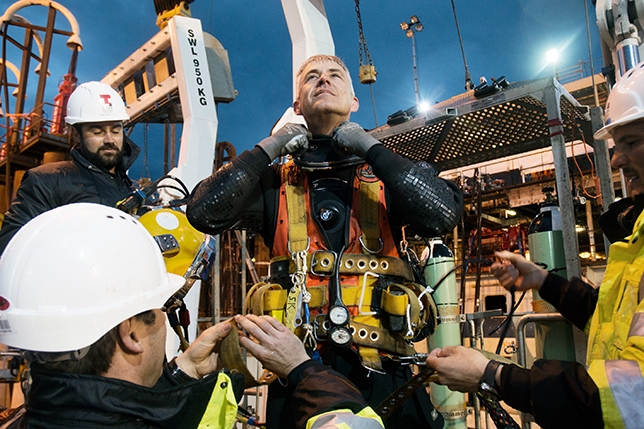 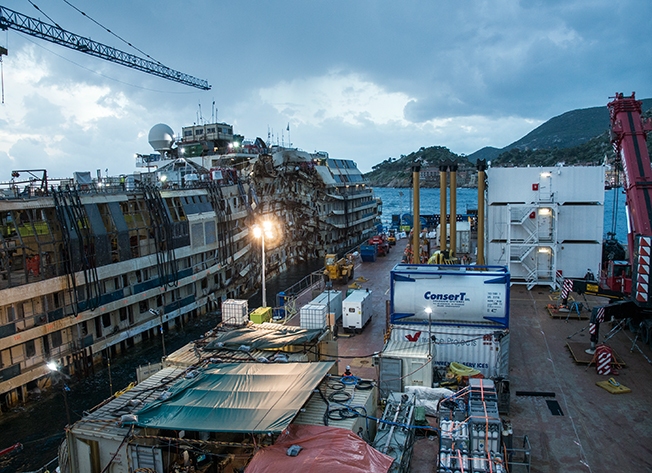 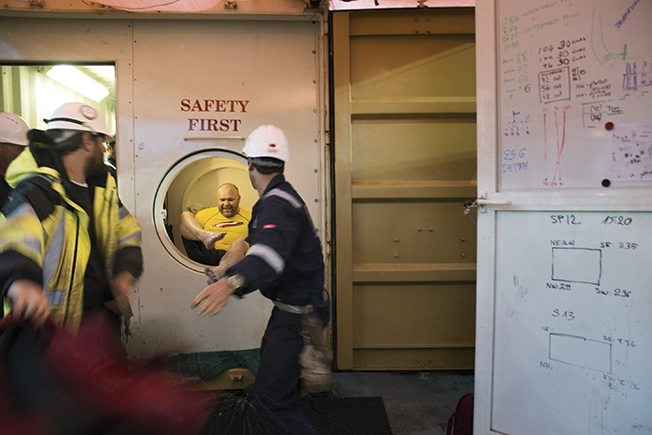 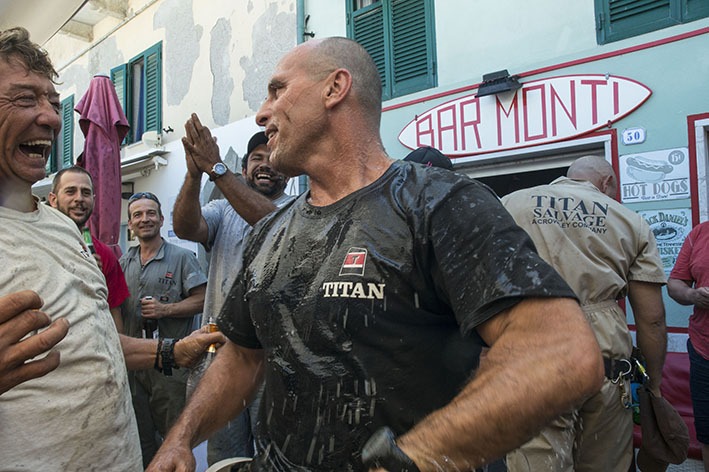 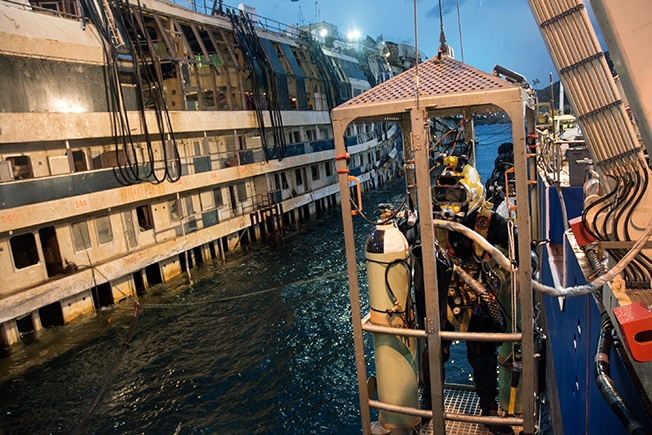 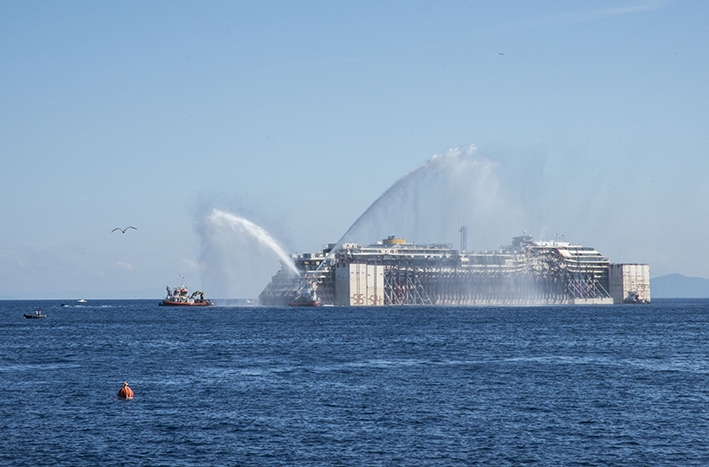 I spent every summer of my childhood and teenage years on the island of Giglio. From the terrace of my family home, I often saw the majestic cruise ships, illuminated in the night, approaching from the south. Following the tragic sinking of the Costa Concordia, I waited four months before returning and speaking to the people I know.

When the island filled with specialists from all over the world called in to salvage the wreck, I decided it was important to document the stages in the operation. The resulting photo reports, accompanied by text, were published in three articles in Sette, the weekly magazine supplement published by the Corriere della Sera newspaper